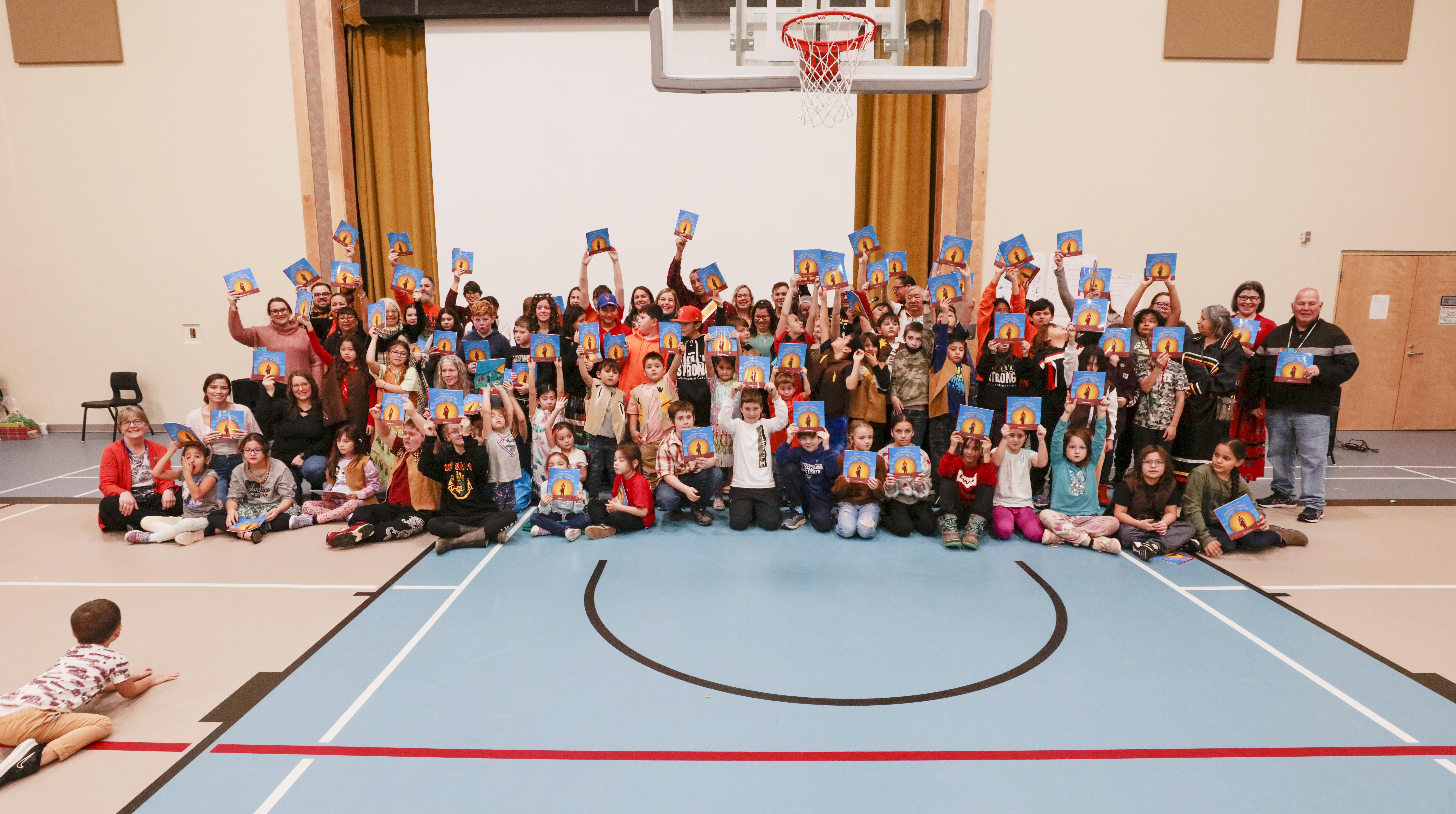 A children’s book about the Honour Song and its importance to our culture and language was celebrated with a book launch in early December. The book, which was developed alongside our provincial partners in Treaty Education, was published in Mi'kmaw, French, and English.

The book was written by Elder George Paul of Metepenagiag and it tells the story of how the Honour Song came to him after a spiritual journey. The beautiful illustrations for the story were done by Lauretta Gould of We'koqma'q.

"We are very excited about this book release and to see The Honour Song published in three languages," said Blaire Gould, Executive Director of Mi'kmaw Kina'matnewey. "It ensures that all students in our province, no matter where they go to school, will have access to this story. The song and artwork are a beautiful way to share our culture and we absolutely love the outcome of this project."

The book launch took place in the new school in Pictou Landing First Nation, with students from both the community school and the neighbouring elementary school in attendance. The event began with a welcome song from Michael R Denny and some opening remarks from Antle Denny, Kji Keptin of the Mi'kmaq Grand Council and Karla MacFarlane, Minister of L’nu Affairs. This was followed by a reading of the story in 3 languages. Darrell Bernard performed the honour song with the support of the students in attendance. To conclude the day, Michael R Denny invited everyone to take part in a round dance.

Treaty Education Nova Scotia has purchased 1,000 copies that will be shared with educators and partners, and distributed to public libraries across the province. Additional copies are available for purchase.