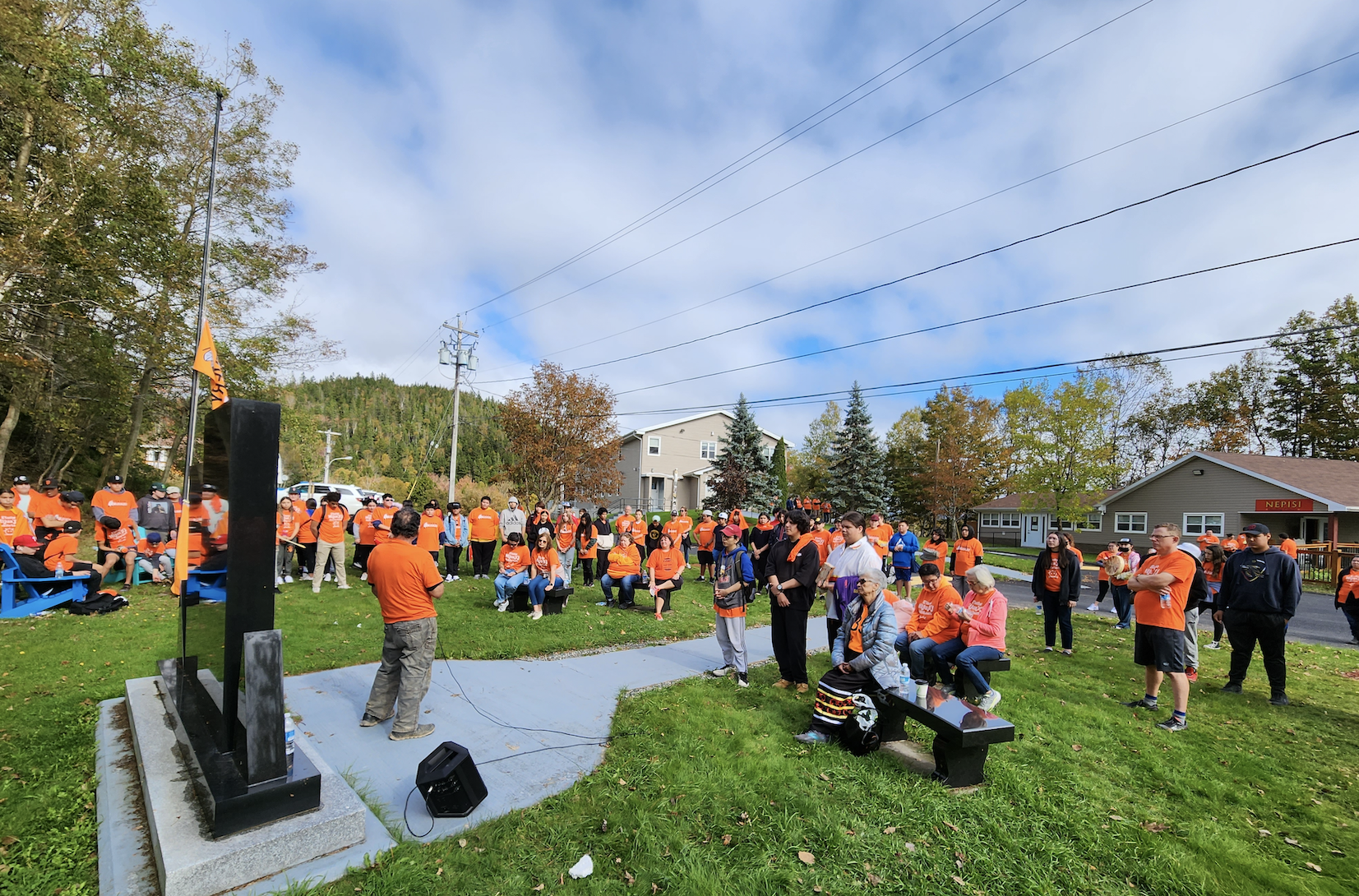 Students from ABMHS took part in a walk this month in observation of Orange Shirt Day. The event was scheduled to be held on September 29th but it had to be rescheduled until October 7th because of school closures due to Hurricane Fiona. All students and staff from grades 8-12 were invited to take part in the ceremony. Four community Elders were invited for lunch. Before the walk began, there was an introduction of the invited guests and the unveiling of 3 benches with plaques that were donated to the school by Newell Johnson and Terry Bernard. They also raised an orange "Every Child Matters" flag on a new flagpole.

After the event at the school, the students walked to the Residential School monument where NADACA gave stickers and water to the students. The school drum group performed the Honour song and the invited Elders said a few words about the importance of the day. Georgina Doucette shared a story with the students and showed them a brick that she took from the old building. She has kept the brick since the building was demolished and told the students that it was a physical reminder that it will never happen again. Clark Paul spoke with the students and talked about the importance of resilience. Miney Johnson also spoke for the first time in public and said a prayer.

It was a powerful day for everyone involved.