Taking the lead: Eskasoni dancer in the role of “Clara” in the Savoy Theatre’s Production of The Nutcracker 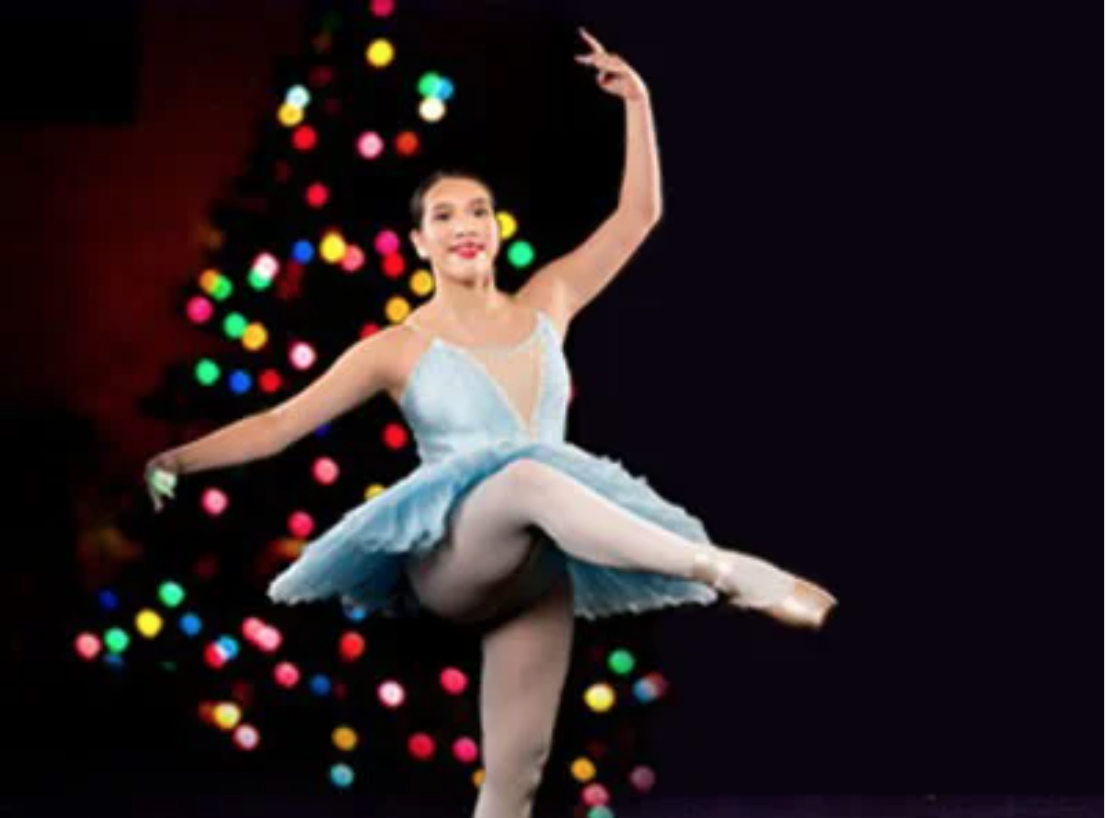 December 1st was a special day for Neylan Stevens of Eskasoni, as she danced in the leading role of Clara at the Savoy Theatre’s “Nutcracker”. We had a chance to sit down with Ney and talk to her about her experience in this ballet and the importance of dance in her life.

How old were you when you started dancing and was it something that you enjoyed doing from the start?

I started dancing when I was two years old at Dance Sync in Sydney. I don’t really remember dancing at that age but I do remember dancing at NADACA around the age of 4-5. Na’teliaq I always loved dancing but I was an extremely shy kid so it was really hard for me to perform because I was so shy. I finally broke my shyness around the age of 13-14 years old and began having a passion for dance.

In the beginning, what type of dance did you do?

In the beginning I started off with the typical styles like ballet, tap, jazz, and hiphop. When I was a little girl I don’t think I could tell the difference between them at the time but NADACA allowed me to open up to the basic styles of dance. Currently, I dance most of the styles that you can do and that is Ballet, Pointe, Jazz, technique, lyrical, contemporary, modern, tap, hiphop, and open. I try my best to balance out all the styles and not favour one style, even though some styles can be more challenging than others I try to enjoy them equally.

When did you start ballet?

I started ballet at a really early age, age 2 is when I started dancing in ballet and I think I really loved it instantly because it’s so soft and graceful and that’s what I always strive to be. I started enjoying dance and practicing more in it when I was 13-14 years old and that was the age where I got my pointe shoes. I couldn’t stop practicing in my pointe shoes when I got them because I was just so amazed by them and it’s crazy to me that I have dance many solos in pointe and I think my 13 year old self would be so proud.

What are some of the roles that led to you being the lead role in the nutcracker?

When I first auditioned for the Nutcracker I had just received my pointe shoes so I wasn’t ready to do a 7 minute pointe dance in them so soon. I got the flower role which is on soft shoe and I also was a rat in the battle scene. The next year I auditioned in pointe and I wasn’t expecting to get any pointe role because I had just been a year into my pointe dancing, I tried my very best and I had unexpectedly got the role of snowflake and Spanish dancer. I was so shocked because I was only 14 years old at the time and I couldn’t believe I would be dancing with the older girls that are on pointe too. The third year I received the snowflake role again but this time I got the Reed Flute role and that’s when you dance with Clara and Sugar Plum Fairy. I was so excited and nervous because I looked up to them so much. The fourth year I got the shocking role of Sugar Plum Fairy and I didn’t expect it at all, I was so excited and couldn’t believe I got the 2nd leading role of the show, I was also a snowflake that year as well. This year, my fifth and final year I got the honour of being the lead role of Clara. I couldn’t believe it when I got the news because it’s something I would never believe I would get and from being a flower and rat the first year to being the lead role the fifth year just amazes me because you can see all those years of growth and hard work.

What was your first reaction upon finding out that you had the lead role?

My first reaction when I got the lead role was shocked because I didn’t expect nor imagine being the lead role at all. I was so excited to announce the wonderful news I have received and when I would tell people I was so happy to see people’s reactions about it.

For the nutcracker, we start practicing in the summer months of July and August and we practice all the way up to the day before the show opens. During the summer and beginning of fall we would practice once a week, once it started getting closer to the show we would have more days and longer practices. Tech week was the most challenging because that meant we practiced everyday and had very long hours. Being from Eskasoni and travelling all the way to Glace Bay and North Sydney was a challenge because that meant long drives to go practice. I had my usual dance practices as well so it was really hard to balance and school on top of that so it was really stressful but I got through it which is the good thing. I dance Monday’s, Tuesday’s, and Thursday’s which is not as often as I use to dance couple years ago. I decided i didn’t want to stress myself out as much for my senior year because I want to do good in school and enjoy my last year of being in high school. I used to dance 4-5 times a week but it’s 3 times a week now. I enjoy dancing a lot but it gets really challenging.

What are your goals for the future?

My goals for the future are to attend CBU for my BA or BACS (still undecided), and take my Bachelors of Social Work. With dance, I still don’t know my plans and what I’m going do with it but I know I don’t want to completely throw away my passion for it. I plan to take as many dance classes as possible until I’m too old to dance and can’t move anymore.

I would always live by the motto “Dancing with the feet is one thing, but dancing with the heart is another.” For younger dancers out there, please strive for your very best and follow your heart and dreams. I didn’t let being the only native girl stop me from reaching for my dreams and it can get you really far in life. Make sure you show a good example because every little girl will look up to you and admire you. Don’t take any opportunity for granted and have fun!

We would like to thank Ney for her interview and wish her the best of luck with her future goals. Congratulations!