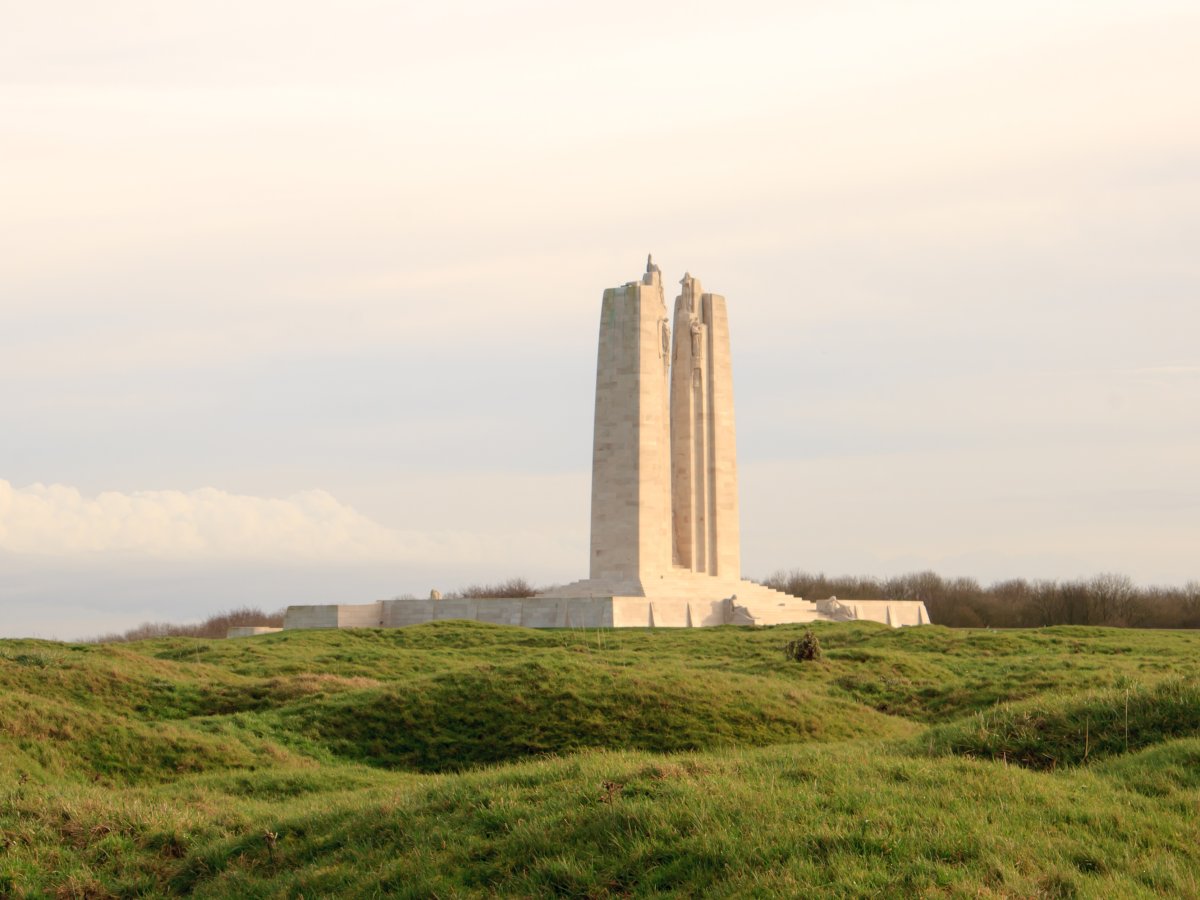 What was the process you went through to be chosen to go to Vimy?

I submitted an 500 word motivational essay about my community work and volunteer service with 2 reference letters from a teacher at my school, Liam Walker and the Atlantic Regional manager for the inBusiness program, Nina Kent.

What did you do during your trip? What places did you visit?

A summary of my 9 day program started off with once we got off the plane, we went to our first museum Lens14-18 which was such a interesting way to start off a program. Then the opening of the new visitor education centre at Vimy Ridge. Then I had the honour and privilege of attending such a historic event, the 100th anniversary of the battle of Vimy Ridge. I was selected out of our group to attend the reception after the ceremony where I met Prince William and Prime Minister Justin Trudeau. The next day we visited the Essex Farm cemetery where John McCrae created the poem “In Flanders Field”then to Langemarck Germany Cemetery. We then visited St-Julien Memorial at Vancouver Corner. We went to the In Flanders Fields museum in Ypres, Belgium then to end off such a interesting day we attended the Last Post Ceremony at the Menin Gate Memorial. The next day we visited the Beaumont-Hamel, Ulster Tower, Museum visit at Ocean Villas in Auchinvillers, Thiepval Memorial and the visitor centre, Lochnagar Crater at La Boiselle, and the Australian Memorial at Pozières Windmill. Then the next day we went to the a museum in Peronne, a German Cemetary, then to the Maison Blanche caves, it was untouched caves from the 1st battalion it was a honour to witness. The next day we went to Wellington Quarry, visited the Canadian war art exhibit at Musée des Beaux-Arts and the Ring of Remembrance memorial. The next day we visited the Vimy memorial once again but without 27,000 people. We did the rubbings of the memorial. Then went to Canadian Cemetery No.2 where we did our soldier tributes. The last day we spent was in Paris where we went to Musée de l’Armée and Napoleon’s tomb, then to the Lourve museum where I saw the Mona Lisa! Then to end our evening we went on a Seine river boat cruise and then went on the Montparnasse tower where we saw the whole view of Paris.

What was your favourite part of the trip?

Despite the fact that there was so many parts of my program, I’d have to say visiting my second soldiers grave. His name was Peter Maloney, he fought at the Battle of Vimy Ridge. I connected with this soldier not only because he was Mi’kmaq but in a way, I knew he wanted me to be there. I did a smudging ceremony and sang the honour song for him. I wanted to honour him, his life and his courage. I didn’t want him to be forgotten. Though it was 100 years ago, I knew that it was in my duty to bring light to him. I contacted his family and they were so grateful. It really struck me because his family didn’t have the closure of having a loved one buried at home. It’s not so easy to fly to Paris, not everyone’s fortunate to do that. The time I spent at his grave truly imprinted on me as a young person, I will take that time I had there and carry it with me for the rest of my life.

What did you learn while you were there?

There’s so many things I learned being there, historically but also learning things about myself as well. I did a lot of self-reflection. I learned that there is so many holes in our history textbooks, were never aware of what really happened because we were not there. That were so biased towards Canada and the war, all men in war were someone’s child. We all should have the same respect to every soldier at war. I have been given such a new respect and perspective on the war and history.

Would you encourage other high school students to apply?

Of course, I hope all youth that are eligible to apply do! Especially students from my community, because I see so much potential and hope. I feel like we limited ourselves so much, we think we can’t achieve what we set our minds to. I believe we’re all capable.

Taking the lead: Eskasoni dancer in the role of “Clara” in the Savoy Theatre’s Production of The Nutcracker